With an eye to the future, Greenville Utilities purchased 82-acres of land on NC Highway 43, adjacent to the Highway 264 Bypass, for relocating the Operations Center. The Center that was located on Mumford Road suffered major damage due to flooding from Hurricane Floyd back in 1999. At that time, GUC determined it would be best if we could find higher land which would allow for better opportunities to serve our growing region as well as avoid flooding.

Just a few months after this land was purchased, flooding from Hurricane Matthew forced the evacuation of the Operations Center on Mumford Road for a second time and proved how vital it is that we relocate to a site that is easily accessible and not prone to flooding. The site of what would become the new Operations Center remained high and dry after the storm, proving the site selection was correct.

Construction began in 2019 and was completed in 2020. Staff began moving into the new facility in September, with the move completed in October. The new center includes space for engineering, crews, the dispatch and call centers, equipment and supplies storage, and shops for the utility crews.

Work on design of the new Fleet Maintenance building at the Center is underway with the hope of being completed by 2022. 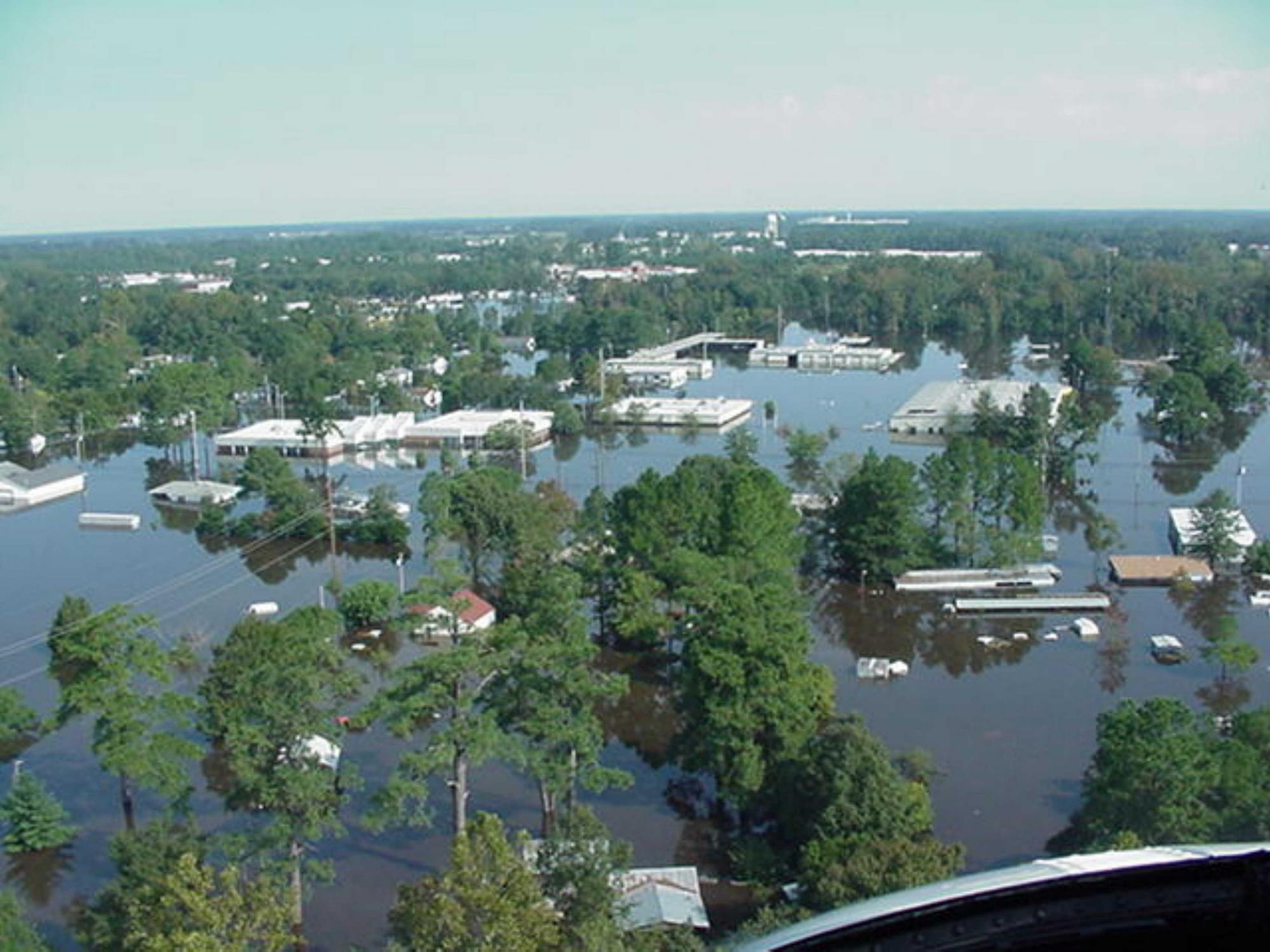 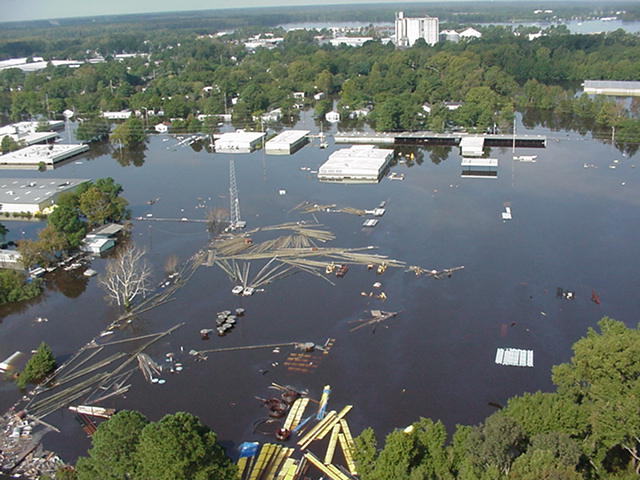 Ariel views of GUC's Operation Center during the Hurricane Floyd Flood event of 1999.