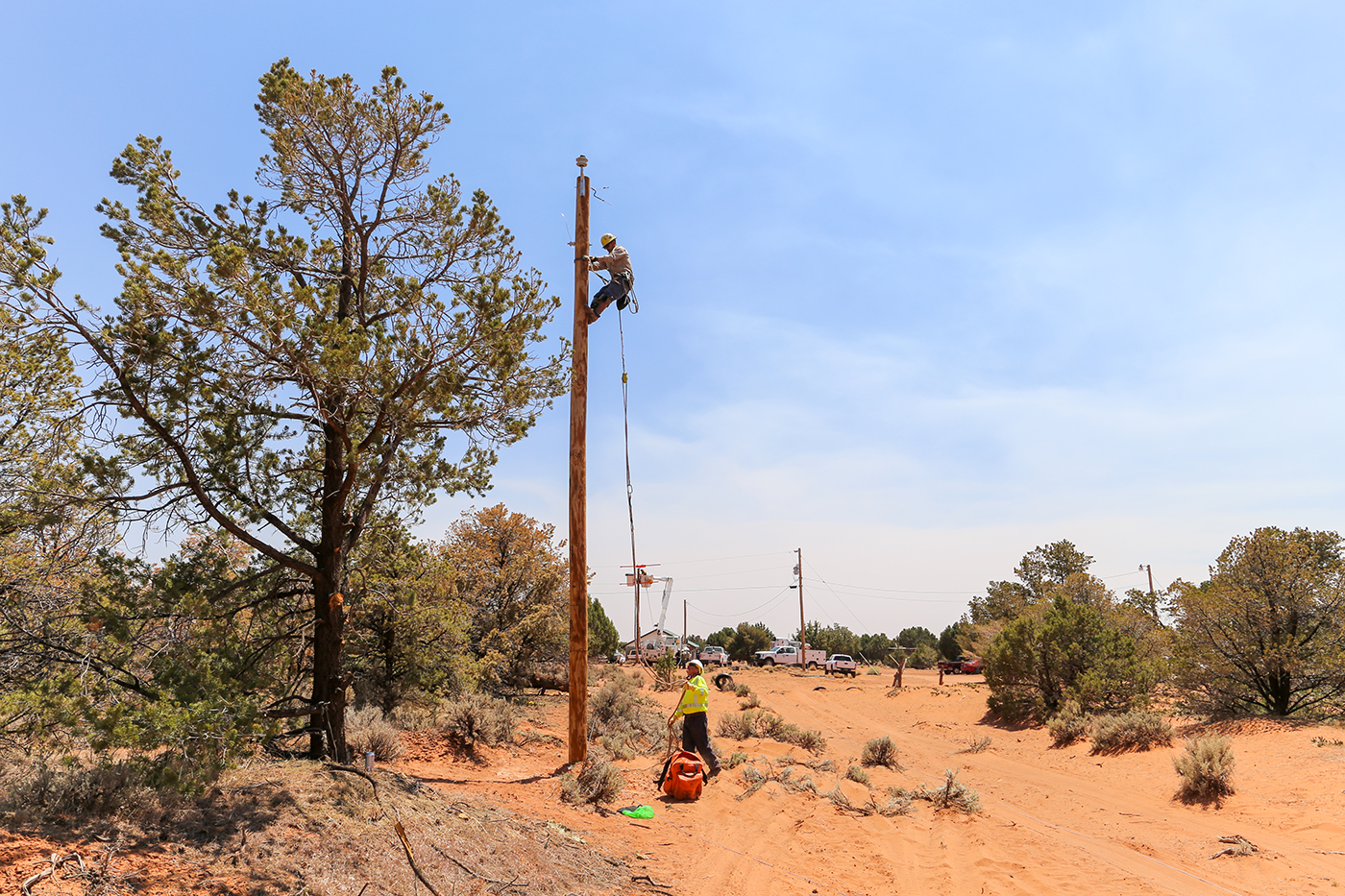 GUC proudly joined the efforts of the American Public Power Association’s (APPA’s) Light Up Navajo initiative during June. Light Up Navajo is a mutual aid project that builds electric lines to bring power to Navajo Nation families without electricity. The initiative brings together volunteer crews from public power utilities across the country. A team of GUC employees travelled to Arizona in June to assist in this effort.

The Navajo Nation is 27,000 square miles of service area that makes providing electricity no small task. The terrain, distance between the homes, and the sheer size of the area makes it difficult to get families the necessities that many U.S. households take for granted.

Approximately 30% of the 50,000 homes in Navajo Nation did not have electricity when APPA’s project began in 2019. Not having electricity means that these families can’t have groceries last for more than a few days, kids do their homework under the light in the family car, and they pay a lot to run generators as needed. Most of us cannot imagine life without a refrigerator or lighting in our homes. For so many in the Navajo Nation, that was their daily reality before this project.

“The first time I heard of Light Up Navajo was at the APPA Rodeo and I wondered how I could get involved,” said Overhead Lineworker First Class David Guy. “When GUC asked for volunteers, I immediately volunteered.”

One part of the experience that stands out to our employees was a 97-year-old woman who had lived in her house for three generations and never had electricity. Her excitement and gratitude were emotional and moving. “It made me feel humble,” said Underground Maintenance Crew Leader II Mike McGowan. “We take things for granted because we’ve always had it. It was pretty amazing to see somebody having something for the first time.”

When the woman wanted to give each worker a hug, most of the guys got a little choked up. “I had to step aside and kick rocks for a few minutes,” David said. 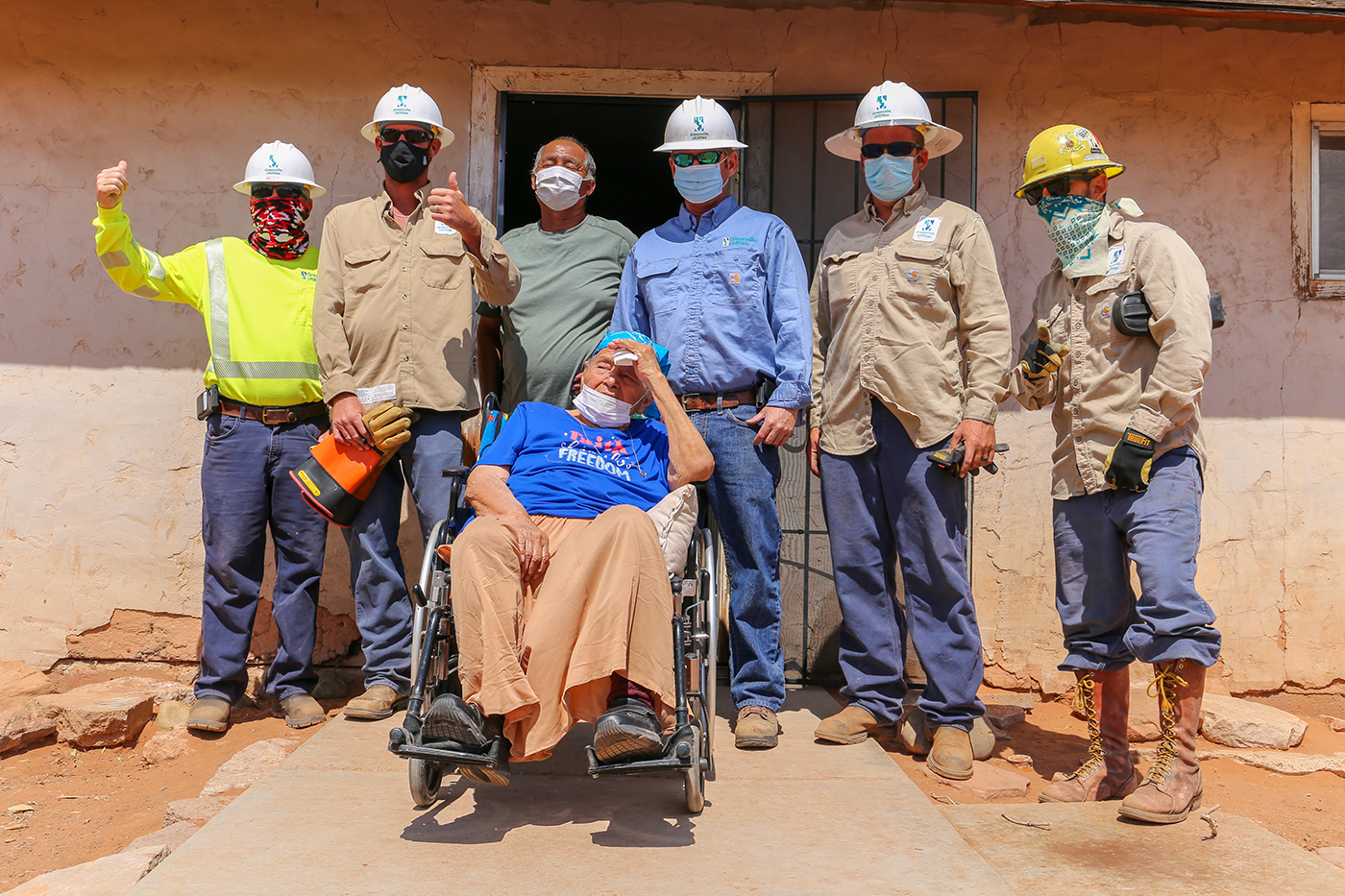 Underground Lineworker Third Class Stanley Roberson added, “It was an incredible experience to be able to give these folks power. This is what I love most about my job.”