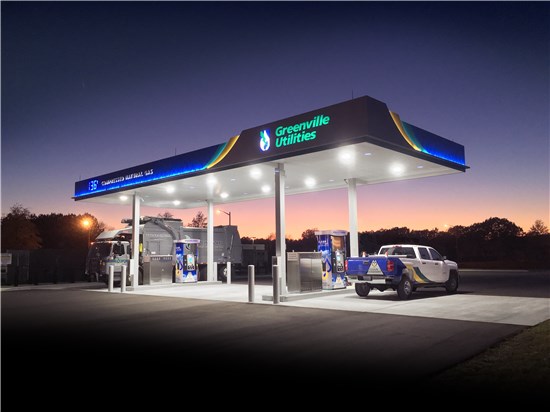 GUC Fueling Station Facts
GUC’s fueling station makes CNG available for purchase using a MasterCard, Visa, Discover and Wright Express. The facility is open 24 hours a day, seven days a week. The station currently houses equipment to operate two fueling islands, but can be expanded to operate up to four islands if needed in the future. Each dispenser on the island houses one heavy duty nozzle for larger trucks and one light duty nozzle for passenger vehicles.

The Benefits of CNG

Since the installation of the CNG Fueling Station, GUC has been able to help reduce CO2 emissions by more than 3,980 tons.